New research published by the Government Equalities Office reveals that the ages of seven and eight are critical in keeping girls motivated to play sport.

Beyond this age, girls become more self-conscious, some lose confidence and many stop taking part in sport. 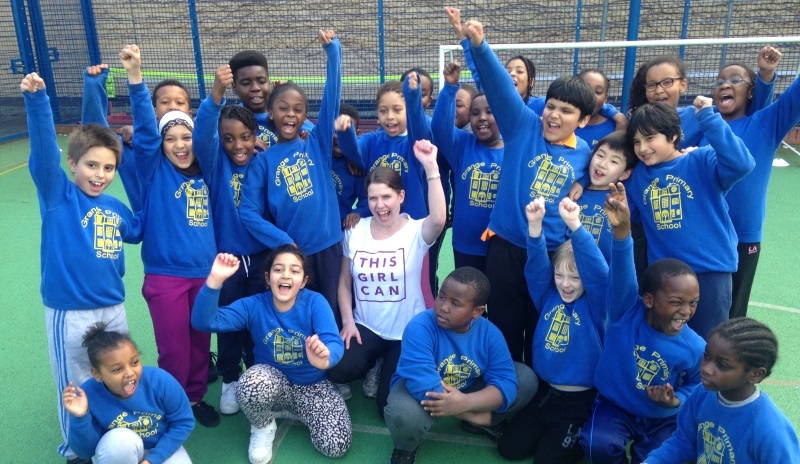 The study by Women in Sport and the Youth Sport Trust follows research from the Women's Sport and Fitness Foundation which showed that in Year 4 in school, activity levels are similar for boys and girls but by Year 6, girls are doing significantly less and the gap grows in the years that follow.

The new research finds that aged seven or eight, girls take part in school sports broadly at the same level as boys. At this age their confidence and body image is good however the early signs emerging of what causes them to drop out of sports participation.

The study found that this age, girls think boys are "stupid" and that "their" sports are rough, while boys think girls lack skill.

Teachers and parents who were interviewed strongly agreed that the seven and eight year olds were not bothered by personal appearance, but that Year 3 is the last school year in which girls are less self conscious.

They also said that the self consciousness sometimes led to dropping out of sports and that if that happened, girls were less likely to return to it.

This is backed up by evidence from Sport England, released as part of their This Girl Can campaign, which shows that fewer women than men play sport regularly, two million fewer 14-40 year olds in total.

"Our research shows that schools and parents have a golden opportunity when girls are seven and eight years old to support and encourage them to keep taking part in sport.

"We know that after this age, low confidence and body consciousness can combine to reduce their eagerness to take part, which is a real shame and can have lasting effects on health right into adulthood.

"This can be part of a vicious circle; if women don't take part, their daughters won't either.

"That is why I absolutely love the This Girl Can campaign which aims to get women participating in sport. I'm also delighted to confirm that the PSHE Association are publishing materials to help teachers with classes about body confidence.

"We need to keep all girls enjoying exercise, and both schools and families can play their part."