Lifting the lid on the gender pay gap

Large companies will be legally required to publish the difference between what they pay men and women, under manifesto plans set out by Liberal Democrats today.

Liberal Democrats would make it a legal requirement for companies employing more than 250 people to publish the average pay of their male and female workers. 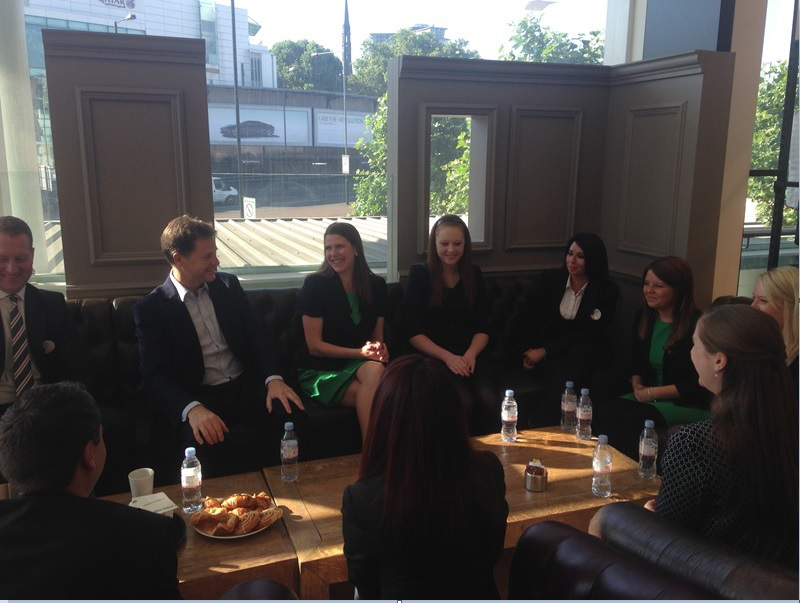 This would create pressure from staff and customers to account for and close any pay gap that exists between men and women.

Liberal Democrats are the first major party to commit to enforcing gender pay transparency by law.

"Forty years after the Equal Pay Act was passed it is utterly unacceptable that women are not being equally rewarded in the workplace - with women paid, on average, 20% less than men.

"Real equality means fair pay. It's time to accept that the voluntary approach does not go far or fast enough.

"We need to lift the lid on what big companies pay the men and women they employ, with that information there for every employee and customer to see."

In 2013, the average woman earned 19.7% less than the average man and Liberal Democrats want to see equal pay for equal jobs.

"The Liberal Democrats have fought for shared parental leave, extra childcare, a new right to request flexible working, and we are determined to tackle the issue of gender pay.

"If women in the workplace are to have the same opportunities and choices as men, they must be properly rewarded for their talents and skills - it's as simple as that."

Liberal Democrats will work with businesses on what information companies should publish and how often they should do so.

"We're consulting with business to make sure we get the detail right, but ultimately this is a good step for our companies.

"We've already seen some of our biggest firms lead the way on publishing pay gap information. They know that their staff will appreciate real openness about the way men and women are paid and real effort to close any gap that exists."